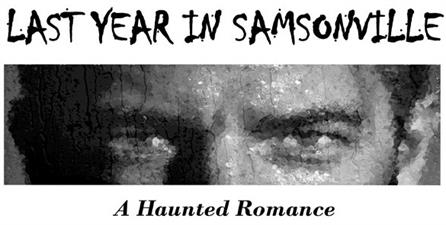 On Sunday, August 11th, 2:30 at the Art Society of Kingston, the curtain will go up on LAST YEAR IN SAMSONVILLE, a new opera by Victor Caruso of Port Jervis, (Composer) and Paul Cooper of Kingston, (Librettist). Both are well into their eighties, and have been working together ever since their respective wives met over baby carriages, some 60 years ago.

At first they wrote songs, revues, and musicals, but then, some ten years ago, they graduated to a one-act opera, The Prince Who Thought He Was a Turkey, which was performed at what was then Temple Emanuel, in Kingston. Its music was tailored to the training and abilities of local singers, and though the opera was very well received, its authors were not completely satisfied. They wanted to express the full depth of their musical and dramatic vision with as few limitations as possible.

So they began to make into a full length opera a play that Cooper had written in the Arts Society’s Drama workshop – Last Year in Samsonville.  Progress was slow: Caruso’s thriving architecture practice allowed him only one day a week to work with Paul. By the time the last rewrite had been done – early this April – seven years had passed since they had begun work, and they were already into their eighties. They decided that they should spend no time looking for local singers, or applying for grants. They went right to New York and hired the best singers they could, rehearsed them there, scheduled the world premiere there at the National Opera Center, and thought it only fitting to bring the second concert reading to Kingston, where the seed of the opera was planted.  Cooper describes the plot as “a haunted love story,” while Caruso describes his music as “Gian Carlo Menotti meets Paul McCartney.”